The Worst Question a Salesperson Can Ask a Prospective Customer

The Worst Question a Salesperson Can Ask a Prospective Customer On the surface, that seems a reasonable thing to ask. You want to help the customer focus on the most important issue she’s facing. But by asking what keeps her up at night, you’re focusing on a problem that she already knows she has. That means she is likely already aware of the options available to her to address the problem.

Your ability to influence that customer is already limited if you are addressing a problem that they know they already have. Sure, you might be able to solve the problem a little more cheaply or more quickly, but is that enough motivation to drive the customer to action? The way to drive actual purchasing activity is to get them thinking about their business or problem in a way they haven’t considered before. You need to teach them something new and change their perception on how they view an issue.

Steve Jobs once famously said, “People don’t know what they want until you show it to them.” If customers had their say, they would have asked for smaller CD players rather than the iPod.

By the time your customers reach out to you, they’ve probably racked their brains over obvious solutions. Your opportunity lies in the space they haven’t explored, the options that never occurred to them. Most people can only think within the context of what they’ve already seen. You need to get at the core of what your customer wants to achieve and fulfill that in an innovative fashion.

That innovation is what distinguishes you from your competitors. Minor differences in selling points don’t really sway customers, and focusing on what other companies are doing can blind you to new opportunities. Rather than one-upping competitors with existing products, bring something completely new to the market.

Let’s say you sell printers. A customer is looking at new printer models for his office. He sees one that prints 15 pages a minute, and yours, which prints 18 pages a minute. Yours is faster but costs more. Fifteen pages a minute sounds OK to him, so he opts for the cheaper model. Even with some added bells and whistles, incremental functionality changes don’t matter after a certain point. Innovation does.

Instead of an 18-page-a-minute printer, let’s imagine that your company offers an e-ink, digital delivery system. Rather than worrying about pages per minute, your machine sends documents directly to the intended recipients and is easy to integrate with their online filing system. It’s efficient and eco-friendly. By shifting the printer paradigm, you’ve distinguished your company and redefined the market.

Throw Out the Status Quo

The point is to always look at the goal, not the status quo. Apple completely disrupted the music industry with the iPod, but consumers’ end goal wasn’t to have CDs or even an iPod. It was, and still is, to listen to their music anywhere. That’s why streaming services have exploded in popularity and overtaken the notion of owning music, whether in physical or digital form. Apple was actually late to that party, a misstep on their part. The company was too focused on the existing technology to embrace the next evolution in music delivery.

When customers approach us, they want solutions that work. If we told them spray painting a flock of sheep with their logos and releasing them in a mall would quadruple their sales, they’d do it (barring any legal repercussions, of course). If we had a room of monkeys conducting better product tests than we saw from computers, people would ask us how much we charge to book the monkeys.

Your customers don’t care about how you get results, only that you do. Thinking beyond well-trodden solutions and focusing on what the customer is ultimately trying to achieve (rather than how they achieve it) delights them rather than scaring them off. And when they see that you’re innovative approach works, they’ll return to you again and again. The key is to look beyond the immediate problem at the ultimate goal and work toward that. The next time a customer hires you, don’t ask, “What keeps you up at night?” Instead, tell them how you’re going to help them sleep better at night. 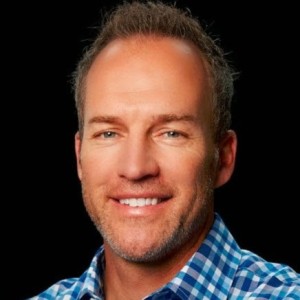 Rory Holland
Rory Holland is CEO and Co-Founder of CSTMR. For more than 20 years, he has made it his passion to help Fintech and financial companies leverage digital marketing and advertising to drive growth.